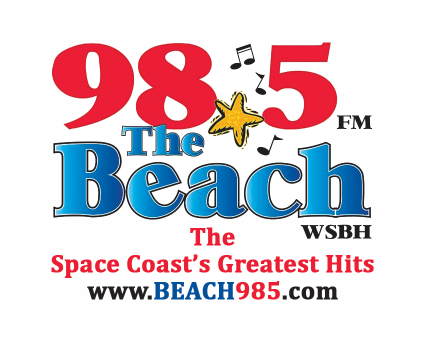 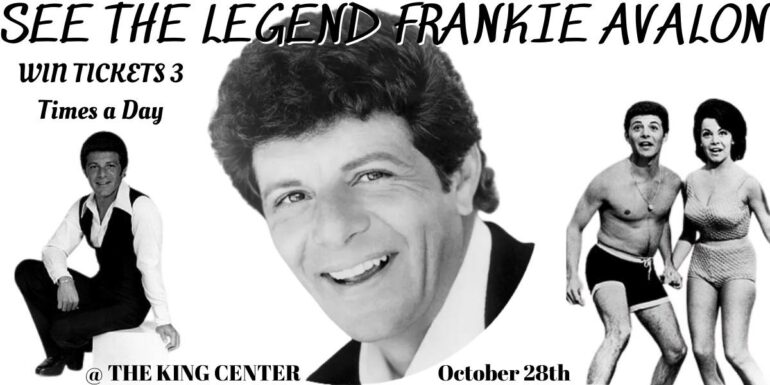 Legend of stage and screen, Frankie Avalon is set to perform at the king center, Friday, October 28th! Tickets at kingcenter.com or be listening every weekday where “the beach” will give not one, not two, but three opportunities to score tickets. Just be listening between 6a and 7p for the “Frankie Avalon cue to call” when you hear it, be the 9th caller on the beachlines and the tickets are yours.

Legend of stage and screen, Frankie Avalon, is set to perform at the King Center on a NEW DATE — Friday, October 28 at 7:30 pm. Avalon dominated the music charts for years with dozens of popular songs in the ’50s and ’60s including number one hits “Venus” and “Why”. Avalon’s string of Gold Record Million-Seller singles and albums included 31 charted hits. In 1959 alone, Frankie had six hits that were in the top 40 and his music became one of the defining sounds of “Pre-Beatles” Rock and Roll. Avalon also achieved fame on the silver screen with his 30 motion picture credits. Most notably, he starred alongside actress Annette Funicello as the romantic lead in the popular Beach Party movies in the 1960s. Avalon recently performed “Beauty School Dropout” the memorable song from 1978’s Grease during the theme night on Dancing with the Stars this past October.